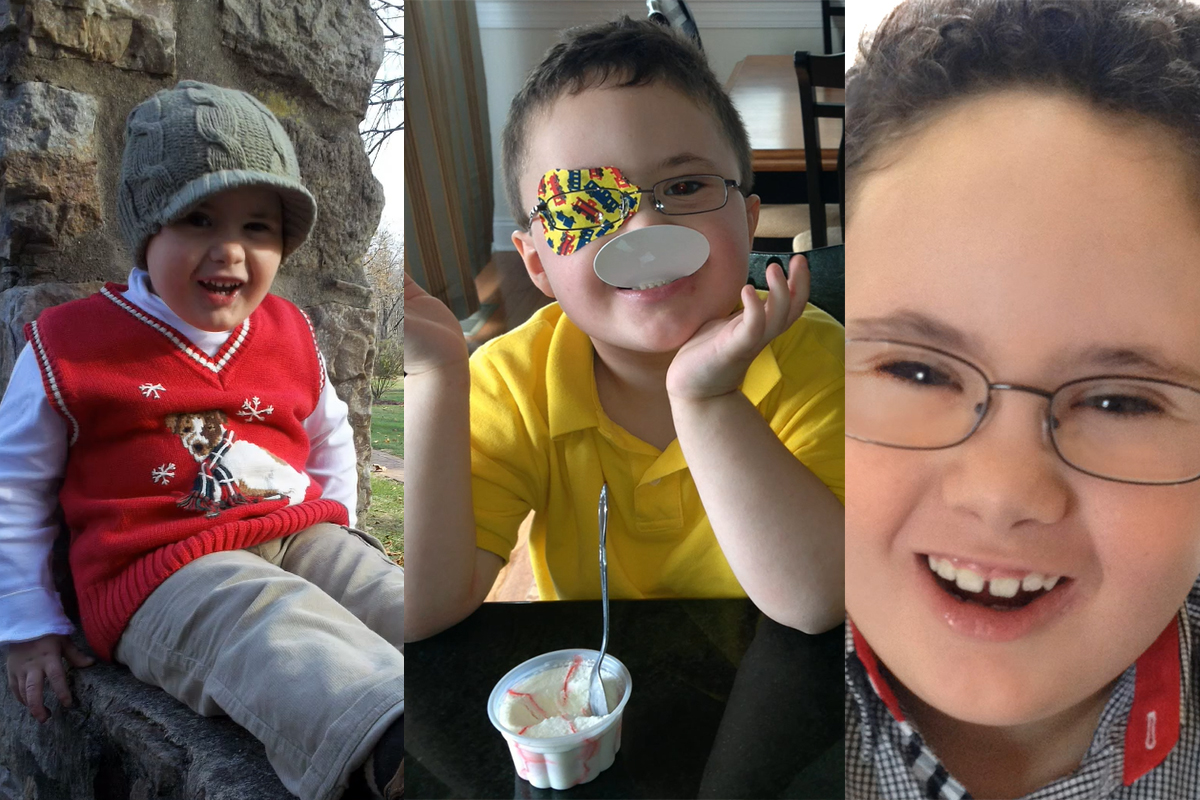 What if you had a child or grandchild who struggled for years and nobody knew why? That was the reality for the family of Christopher Fullenwider.

Christopher had been examined by several physicians and specialists in the first four years of his life, and none of them could come up with the ultimate answer. What was known is that Christopher avoided looking directly at objects, favored his right side drastically, and used whatever he could find to prop himself when he moved around.

Christopher also was about to start school, where he would have been labeled, perceived as lacking abilities, and taught based on lowered expectations.

Then five seconds changed his destiny.

In those five seconds, a prevention specialist from Sights for Hope, known then as the Center for Vision Loss, conducted a free vision screening on Christopher at Hope Church Nursery School in Allentown, PA. Using advanced hand-held technology, the screener discovered that Christopher had a severe vision impairment that had gone undetected.

An ophthalmologist performed a full exam, confirmed the screening’s results, and determined that Christopher would have lost his vision entirely within a few years if the issue continued to go undiagnosed.

Christopher’s vision has improved dramatically in the years since because of treatments, and it even is possible that he might not always need glasses. He does well in school, enjoys performing in plays, and looks forward to a future with promise.